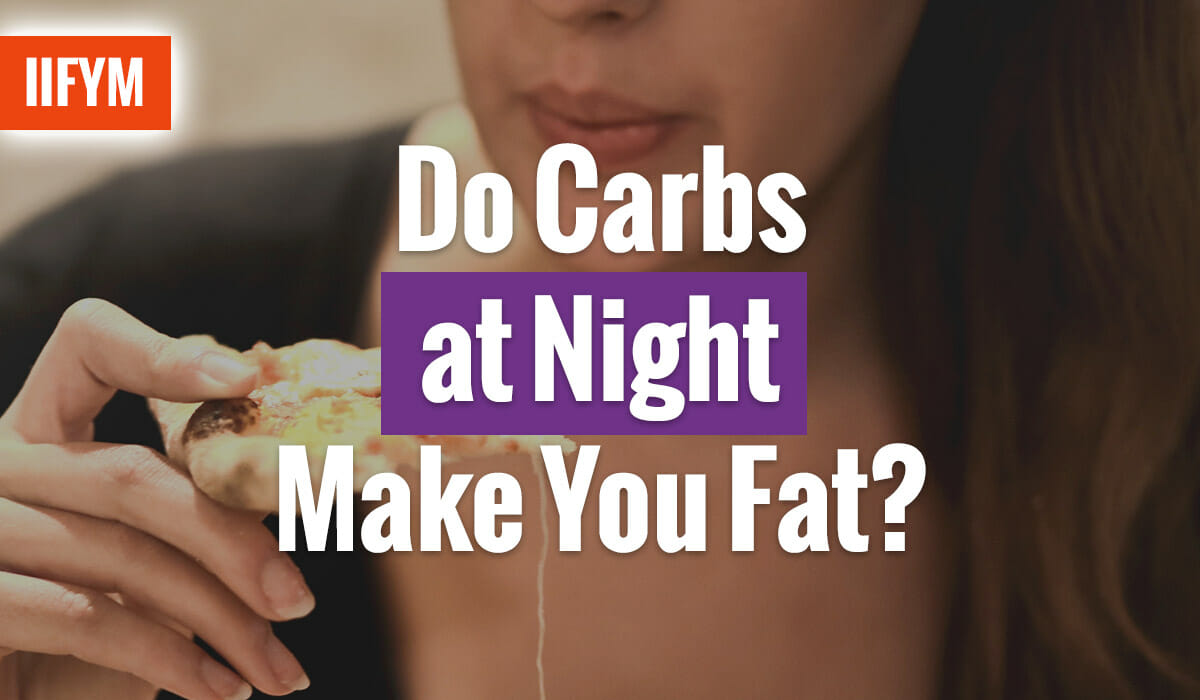 1. So where did this ‘no carbs at night’ thing come from?

There are quite a few things that everyone in the fitness industry KNOWS. You have to eat 8 meals per day, consume 400g+ protein per day, do fasted cardio, use heavy weights to bulk up, and light weights wit high reps to tone up… oh wait, those are all BROSCIENCE! Don’t get me wrong, bodybuilding and fitness have been on the cutting edge of many dietary and training interventions that mainstream science is only now catching up.

Unfortunately, the vetting process for many of these protocols isn’t exactly stringent. Thus, many things become accepted as fact, when in reality they are BROSCIENCE. The debate about whether or not it’s ok to have carbs at night has been all but settled in the fitness industry. You simply can’t consume a shred of carbohydrates at night or you will store fat faster than vampire rises after the sun sets! That is, according to many fitness ‘experts’ out there, most of whose credentials are worth about as much as a thin sheet of slightly used one ply toilet paper.

So Anthony Collova, founder of IIFYM.com asked me to look into this fitness factoid to determine if eating carbs at night was actually detrimental to your body composition or if it was all bro-science.

In order to properly asses this fitness ‘fact’ we need to understand why limiting carbs at night is recommended in the first place. Most ‘experts’ who recommend limiting carbs at night do so because their assertion is since you will be going to sleep soon, your metabolism will slow down and those carbohydrates will have a greater chance at being stored as fat compared to if they were consumed earlier in the day where they would have a greater probability of being burned. Seems reasonable, but broscience always ‘sounds’ reasonable.

They also often assert that insulin sensitivity is reduced at night, shifting your carb storing directionality towards fat and away from muscle.

Let’s tackle the issue of metabolic rate slowing down at night time first. The logic behind this theory seems reasonable enough: you lie down in a bed and don’t really move, just sleep, so obviously you are burning less calories than if you are awake doing stuff, even if you are just sitting in a chair or couch resting, you have to burn more calories than just sleeping right? At first glance this seems to jive with work from Katoyose et al. which showed that energy expenditure decreased during the first half of sleep approximately 35% (1).

However, these researchers did show that during the latter half of sleep energy expenditure significantly increased associated with REM sleep.

So unless you are obese, not only does your metabolism NOT slow down during sleep, it actually increases! The idea that you should avoid carbs at night because your metabolism slows down and you won’t ‘burn them off’ definitely doesn’t pass the litmus test.

2. So the whole ‘don’t eat carbs at night’ thing is definitely broscience right?

So far, the fear of carbs at night certainly smells like broscience, but before we render a verdict, let’s examine things further. There is also the issue of insulin sensitivity and glucose tolerance to address. This is where things get interesting. Compared to morning meals, levels of blood glucose and blood insulin definitely remain elevated longer with evening meals (5, 6). Ah ha! There it is, proof, that you shouldn’t consume carbs at night right? Not so fast.

Therefore, it appears that insulin sensitivity and glucose tolerance are not necessarily impaired and night, but rather are merely enhanced by an overnight fast.

3. Does any of this science mumbo jumbo actually make a difference?

While it is great to talk about mechanisms and nitpick every intricate detail about metabolism, at the end of the day, we have to examine whether or not any of this stuff makes any difference. Fortunately for us, a recent study published in the Journal of Obesity examined this very question (7). These researchers from Israel put people on a caloric-ally restricted diet for 6 months and split them into two groups, a control group and an experimental group.

Each group consumed the same amount of calories, protein, carbohydrates, and fat but they distributed their carbohydrate intake very differently. One group (control) ate carbs throughout the day, whereas the experimental group consumed the majority of their carbohydrate intake (approximately 80% of the total) at the night. What they found after 6 months may shock you. Not only did the experimental group consuming the majority of their carbs at night lose significantly more weight and body fat than the control group, they also were better satiety and less hunger!

You heard me right, they were less hungry. Now I’m sure all of you that have been following typical fitness protocols where you eat 6 times per day and have most of your carbs earlier in the day are thinking “man if I went more than 2-3 hours without carbs I’d be starving!” Well my friends you are buying into a vicious cycle I’m afraid. Let me explain: when you eat small amount of carbs frequently you are basically titrating in glucose to your system.

To dispose of this glucose your body releases insulin to drive blood glucose into cells. Over-secretion of insulin however may cause hunger to rise (typically about 2-3 hours post meal, the approximate time course of an insulin response), but no problem, you are eating every 2-3 hours anyway right? Just titrate in some more glucose. Unfortunately this makes you crave and consume glucose like clockwork and tricks many people into thinking that they NEED carbs every 2-3 hours or they would be hungry when in fact the opposite is true.

If you ate carbs less frequently with further time between carb dosing, you would be less hungry because your own body would ramp up systems that deal with endogenous glucose production, and keep your blood glucose steady. When you consume carbs every 2-3 hours however this system of glucose production (gluconeogenesis) becomes chronically down regulated and you must rely on exogenous carb intake to maintain your blood glucose levels. 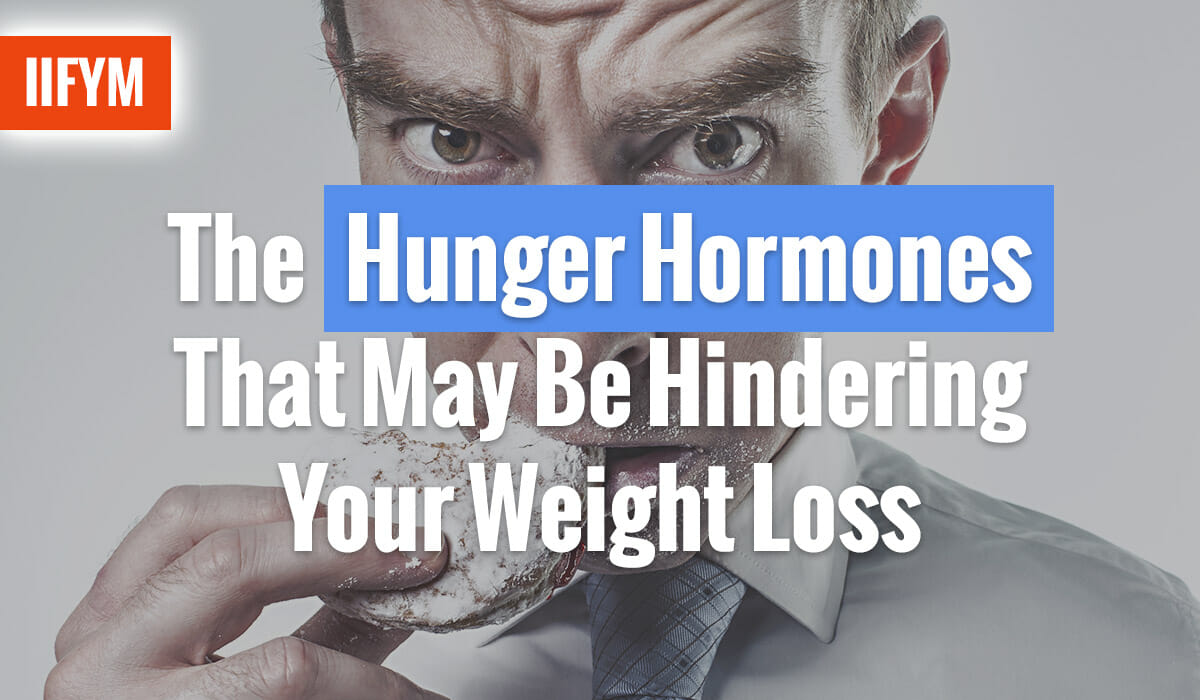 Now if you transition from eating carbs every 2-3 hours to further apart for the first few days you may be hungry until your body has adjusted to using Gluconeogenesis to maintain blood glucose rather than just eating carbs every 2-3 hours, but once you do adjust, you will find that you are far less hungry. Bringing things full circle, this is exactly what the researchers found! These subjects were hungrier in the first week of the diet compared to 90 and 180 days into the diet where they were much more satiated.

So what’s the explanation for the night time carb group losing more body fat and being more satiated than the control group (maybe we should call them the ‘bro’ group)? The researchers postulated that more favorable shifts in hormones may be the difference. The baseline insulin values in the experimental group eating the majority of carbs at night were significantly lower than those eating carbs during the day (7).

Overall the people eating the majority of their carbs at night lost more body fat and had better markers of health by the end of the study than those who ate more of their carbs during the day time.

I am not ready to say that we should all be eating the majority of our carbs at night. I would like to see this study repeated but with a bolus amount of carbs eaten at one meal in the morning to properly compare it to the single high carb meal at night, whereas the previous study compared a bolus night time carb meal vs. several feedings of carbs throughout the day.

It may very well be that the beneficial effects of the diet in this study was more associated with limiting carb dosing (and insulin secretion) to a single bolus rather than spreading them throughout the day.

However, I think what can be said with relative certainly is the notion that consuming carbohydrates at night will lead to more fat gain, or impair fat loss compared to consuming them at other times of the day. So write it down “Don’t eat carbs at night bro” has officially been BUSTED as BROSCIENCE!