Organic Food vs Conventional Food – Which One Bro?

“Time to put on your grown up hats and make a decision.”

Please tell me you have heard this saying before? If not, let me try another one such as “quit complaining and just make a decision already?”

If you haven’t heard this then you’ve been living under a rock. All kidding aside, this whole debate about which is healthier for you “organic or conventional (regular) foods,” has gotten out of hand. All this nit picking and complaining over organic vs. conventional foods has been ridiculous. Almost as much drama as you see on Jersey Shore.

So that’s why I’m saying put on your grown up hat, quit complaining, and just make a decision already to which one you prefer because realistically we all have our own biased opinions in life. In this article I will discuss some hot new research that just came out regarding “organic” foods, USDA legal standards on organic foods, why “organic” isn’t that sexy, some potential sexiness to “organic foods,” and my thoughts on all of this. If you have read some of my articles, then you know I don’t beat around the bush so time to put on our grown up hats, make a decision on this and move forward in your health and fitness lifestyle.

Organic vs. conventional foods has been a hot topic of discussion lately in the health realm, almost as hot as Keeping up with the Kardashians. New research by Stanford University scientists have weighed in on the “maybe not” so sexy side of the debate after an extensive examination of four decades of research comparing organic and conventional foods.

They concluded that fruits and vegetables labeled organic were, on average, no more nutritious than their conventional counterparts, which tend to be a lot less expensive. Nor were they any less likely to be contaminated by dangerous bacteria’s. The researchers also found no obvious health advantages to organic meats. Uh oh! Looks like organic fruits, veggies, and meats aren’t going to get the bro’s extra muscle mass or any leaner.

The researchers did find that conventional fruits and vegetables did have more pesticide residue, but the levels were almost always under the allowed safety limits. The Environmental Protection Agency sets the limits at levels that it says do not harm humans. In the study, researchers combined data from 237 studies, examining a wide variety of fruits, vegetables and meats. For four years, they performed statistical analyses looking for signs of health benefits from adding organic foods to the diet.

Let’s start off with the USDA Legal Standard for “Organic Certification.” The Requirements generally involve a set of production standards for growing, storage, processing, packaging and shipping that include:

• No human sewage sludge fertilizer used in cultivation of plants or feed of animals.
• Avoidance of synthetic chemical inputs not on the National List of Allowed and Prohibited Substances (i.e., fertilizer, pesticides, antibiotics, food additives, ect), genetically modified organisms, irradiation, and the use of bio-solids.
• Use of farmland that has been free from prohibited synthetic chemicals for a number of years (usually three or more).
• Keeping detailed written production and sales records.
• Maintaining strict physical separation of organic products from non-certified products.
Undergoing periodic on-site inspections.

Now let’s look at the USDA legal standard for “Organic Food.” The following are the requirements:
• Organic foods are foods that are produced using methods that do not involve modern synthetic inputs such as pesticides and chemical fertilizers. Organic foods also do not contain genetically modified organisms, and are not processed using irridation, industrial solvents, or chemical food additives.
• If livestock are involved, the livestock must be reared with regular access to pasture and without the routine of antibiotics or growth hormones.
• In the United States, a food can be labeled as “organic” if it contains a minimum of 95% organic ingredients.

Now after looking at the USDA legal standards for “Organic Foods,” I’m not going to get into detail about all this, instead I’m going to ask you to put on your grown up hats, take whatever you want from these requirements, interpret it the way you want, make a decision, and apply it to your decision after you read the entire article.

Basically the hugest argument about organic vs. conventional food has been that organic is healthier, more nutrient dense, and therefore can do wonders to your health and possibly grow bigger muscles. But, there has always been skepticism because there has never really been any data proving this and not to mention organic is more expensive.

A 2009 study by Dangour et al. Showed there is no evidence of a difference in nutrient quality between organically and conventionally food products. The small differences in nutrient content detected are biologically plausible and most relate to differences in production methods. A 2012 study by Dangour et al. proved that evidence is lacking for nutrition-related health effects that result from the consumption of organically produced foods.

In 2005, Deakin University, Australia, mailed a random questionnaire to 500 adults (58% responded). The majority of the participants believed that organic was healthier, tastier, and better for the environment than conventional food. So it seems that with all of this lack of data, consumers still believe that “organic” is better, and what it really comes down to is their personal values.

4. Some potential sexiness to “organic foods”

Okay so time to back off of all the organic bashing and focus on some interesting points when it comes to the benefits of buying organic. The Stanford University researchers noted a couple of studies that showed that children who ate organic produce had fewer pesticide traces in their urine. They also found that organic meat contained considerably lower levels of antibiotic-resistant bacteria than conventionally raised animals did, but bacteria, antibiotic-resistant or otherwise, would be killed during cooking.

There are some other findings that are showing that consumers buy organic because of the motivation to reduce exposure to pesticides, especially for pregnant women and their young children. Three studies published last year, by scientists at Columbia University, the University of California, Berkeley, and Mount Sinai Hospital in Manhattan identified pregnant women exposed to higher amounts of pesticides known as organophosphates would then follow their children for years. In elementary school, those children had, on average, I.Q.’s several points lower than those of their peers.

To add to this research by Crinnion Wj showed that organic foods have lower levels of insecticides and there’s clear evidence that indicates reduced pesticide exposure levels in consumers of organic foods.

Not everyone can access or afford buying organic or from local farmers, so be realistic and eat what you can afford and have access to. If you are buying organic just because the media is telling you to or following a trend then I guess do whatever makes you feel good and satisfies your ego. But if you are doing it for the right reasons such as being pregnant or because the safety for your kids, then that’s a valid reason. But, nobody really knows if it will even harm them because the lack of data.

The bottom line to this organic vs. conventional foods drama is pretty ridiculous in my view. There is no data on the influence of organic foods on exercise performance, no data on the influence of organic foods on inducing muscle mass, nor is there any data on the influence of organic foods on the health status of athletes, so I’m not going to go out and waste my money on organic. Maybe some of the bro’s will because they think it will get them more shredded or gain more muscle mass because of all the marketing claims. And as far as the pesticides and all that, it’s really not that big of a deal in my opinion because the data isn’t strong, but to others it might be and to each their own decisions. What all of this really seems to boil down to are everyone’s personal values and biased opinions. So, with all of this said it’s time to put on your grown up hats, make a decision on this, and move forward in your health and fitness lifestyle. Peace 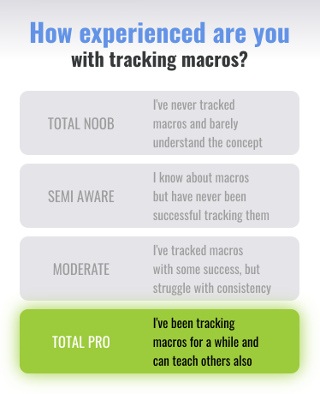